Learn about our team, our humble beginnings and find important information.

ULLR Adventure Maps officially began business in May of 2017. However, ULLR’s history goes as far back as 2013-14 when Alex Hordal began creating digital ski maps through a company called the Whistler Mountain Mapping Initiative, or WMMI.

The maps were originally created to help learn Whistler Mountain  and served as a good replacement for the otherwise ambiguous publicly available trail map. Over time, the maps grew in complexity and accuracy and soon became a staple reference.

In early 2017, WMMI partnered with Empowered Startups, a startup incubator based in Whistler, BC to create ULLR Maps Ltd, a new company specializing in designing the most beautiful, accurate and informative digital maps on the market.

The transition from WMMI and the launch of ULLR’s propriety mapping application on the Google Play Store and Apple’s App Store on November 15th 2017 will mark an early milestone towards the continuation of high quality cartography under the ULLR Adventure Map brand. 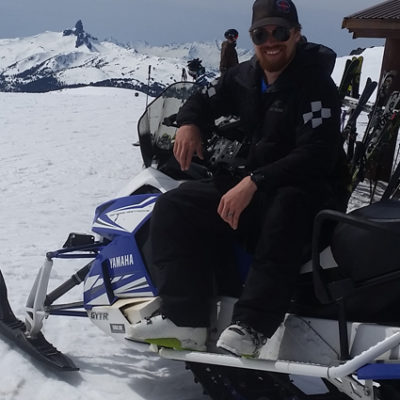 ALEX HORDAL, BA
Director, Co-Founder, Head Cartographer
Alex Hordal is a co-founder and head cartographer of Ullr Adventure maps. He currently works as a Whistler Blackcomb downhill mountain bike guide and professional ski patroller and is a qualified explosive / avalanche technician. He graduated from Queen's University with a degree in physical geography, served in the Canadian Armed Forces infantry and spends far too much time on computers.

“Within the winter skiing community of Europe the Old Norse god “Ullr” is considered the Guardian Patron Saint of Skiers (German Schutzpatron der Skifahrer). An Ullr medallion or Ullr ski medal, depicting the Scandinavian god Ullr on skis holding a bow and arrow, is widely worn as a talisman by both recreational and professional skiers as well as ski patrols in Europe and elsewhere.” – Wikipedia

GET THE ULLR  APP

GET TO KNOW US

GET A HOLD OF US